As cannabidiol (CBD) has become more popular and widely utilized for its skin conditioning benefits, there’s another plant compound that is garnering significant attention: terpenes. So, what exactly are terpenes?

Terpenes are a diverse range of organic compounds produced in the resin glands of a variety of plants such as conifers, cannabis (including hemp), lavender, citrus, and even certain insects., They are a key component of essential oils, which could be one of the reasons they garner so much attention.

The infographic below demonstrates a variety of hemp terpenes, along with their scents, sensations, and chemical structures. The chemical structure of each varies between linear form, like myrcene, and that of a ring shape, such as limonene, depending on the number of cyclic rings in each terpene’s chemical makeup. 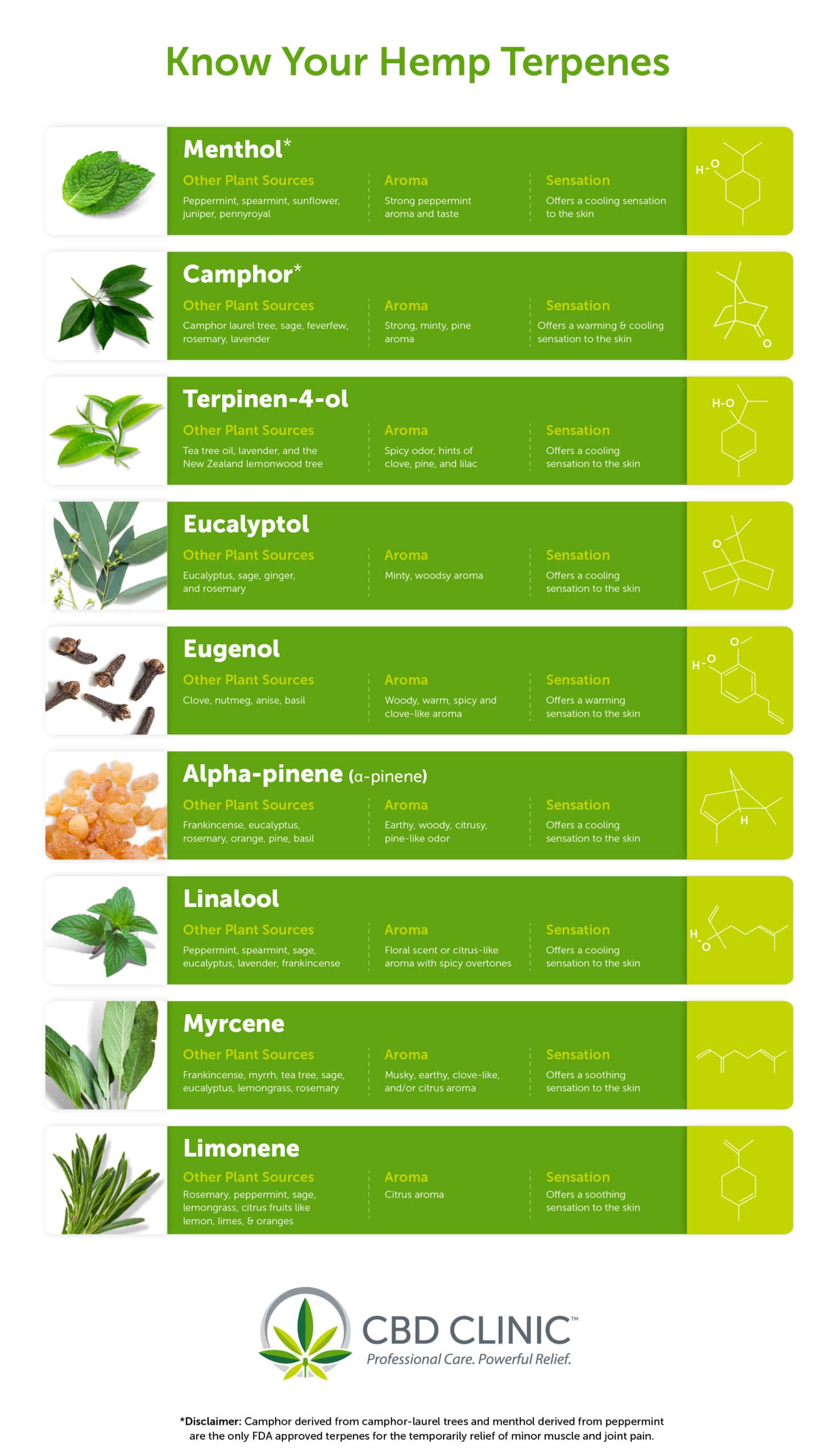 There are around 200 terpenes found in the hemp plant, but only a handful are abundant enough to emit odors. These same terpenes can also be found in other plants, which are listed below. Some of the noteworthy hemp terpenes include:

To learn more about boosting your business,
download your FREE E-Book